International Folklore Festival in Červený Kostelec is the most important cultural events in our region and one of the oldest and largest folklore festivals in Czech Republic.
Thanks to the excellent organization, quality of the programs and participation of foreign groups is ranked among the major festivals in Europe.

It requires a significant amount of energy and effort to maintain the quality of such as enormous event both in terms of its content and its organization.

International Folklore Festival Červený Kostelec is held annually in the second half of August in the beautiful open-air area near the J.K. TylTheatre, which is practically in the center of thetown. The five festival days bring frenetic joy over spectacular meeting of almost 600 participants – folklore music groups, folklore singers, dancers and dances from 16-20 countries from all over the world.
The thousands of spectators watch 15 colorful program blocks, the parade and dance performances in different parts of the city and the region. During five days the groups spend nice days together, get to know each other and communicate with the public audience and make friends and new contacts. An important part of the festival are the social evenings with the dancing entertainment of all members of groups and spectators, which complete each every day.
The program´s varied menu awakens the city and expands audience beyond the borders of the region and the country.
Because of its quality , the Červený Kostelec
International Folklore Festival has come into the public consciousness as one of the most important European International Festival.

Another goal is to inspire the young generation to the meaningful spending of free time, to involvement in the organization, to visit this festival for linguistic purpose. The festival and its program is opened for all generations, to see as much folklore groups and different cultures. The children´s afternoon is the show for small dancers and singers. Last but not least the festival offers cultural experience, helps to develop aesthetic perceptiveness and carrying on the cultural
traditions.

Concerts are held on the outdoor stage with thousands of spectators. Number of exits is 1 - 2 per day. The number of minutes is 3 - 60 minutes.

Accommodation is in hotels.

Participation is free, maximum number of  participants is 30.

How to get there

Possibility of picking up at the airport in Prague and transport back to the airport. 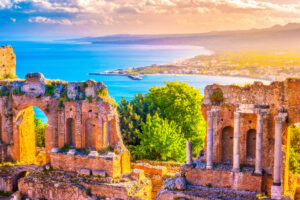 Your application details and instructions about the payment will be sent to your email.

Enter your email address and name below to be the first to know about our festivals.

Enter your email address and name below to be the first to know about our festivals.